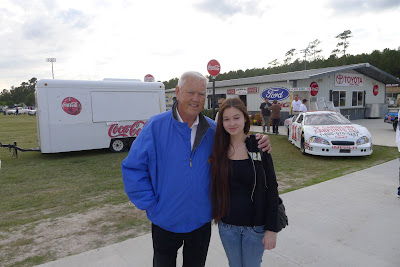 Junior Johnson, is a retired moonshiner in the rural South (North Carolina) who became one of the early superstars of NASCAR in the 1950s and 1960s. He won 50 NASCAR races in his career before retiring in 1966. In the 1970s and 1980s, he became a NASCAR racing team owner; he sponsored such NASCAR champions as Cale Yarborough and Darrell Waltrip. He now produces a line of fried pork skins and country ham. (& Midnight Moon - Carolina Moonshine) He is credited with discovering drafting. He is nicknamed "The Last American Hero" and his autobiography is of the same name. 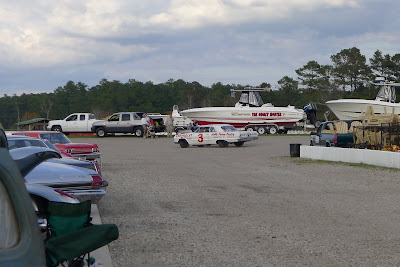 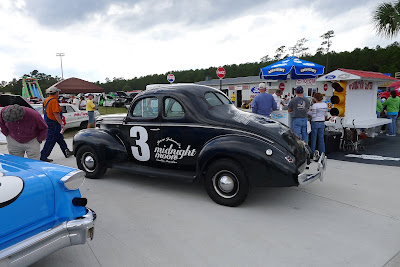 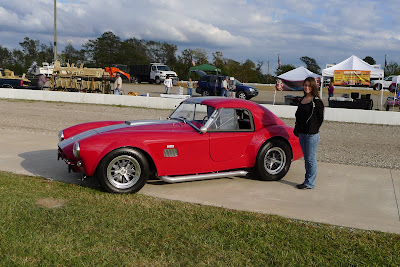 I wanted one, but the $6/7K was too much in '65, so I settled for a Hi-Po Fastback at $3.5K. This particular setup held the C stock record for a number of years. 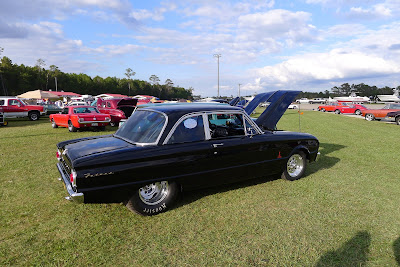 This is virtually identical to one I came within a hair of getting in a three part trade for my '69 C-10. Mine, fortunately didn't have a blower sticking out of the cut hood. Blasphemy!:) 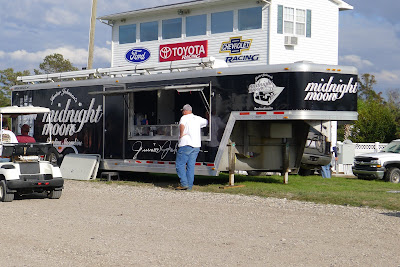 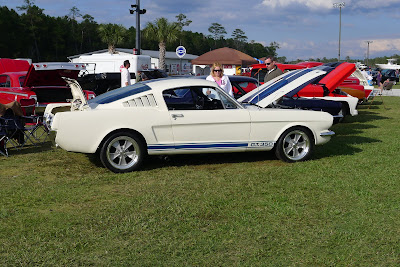 Similar to my Hi-Po. There were others, also more Cobras. The infield was full of hundreds of classics. 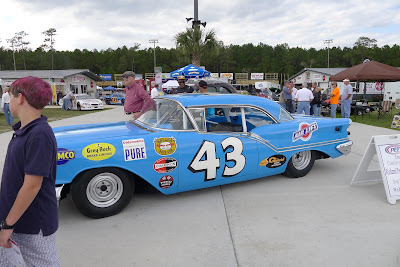 One from the Dale Earnhardt collection. 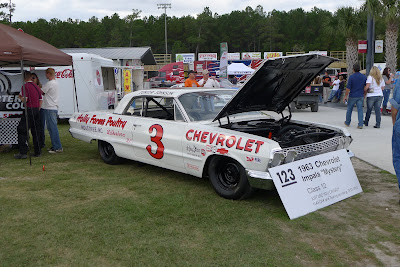 Racing begins the first week of June. They have nice facilities including cabins, restaurant and garage. The track still needs to be paved, but I don't see much else that needs done. About the only complaint I heard today was that their beer license wouldn't be approved until February.:) Zero police. I guess they figured the 99% Southern accent people could take care of any problems.:) My only complaint? Wish it was a drag strip instead, but beggars can't be choosers.:)
Posted by Brock Townsend at Saturday, October 22, 2011