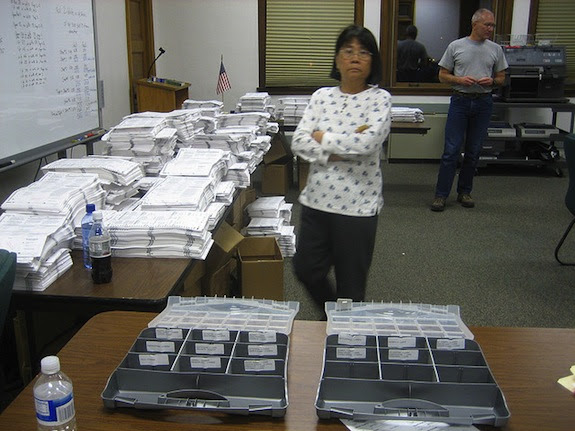 With the presidential election expected to hinge on Ohio, the state’s former secretary of state, GOP stalwart Kenneth Blackwell, is warning that a little-known change in the Buckeye State’s absentee-ballot process could lead to a “nightmare scenario.”

And that scenario could force the entire country to wait 10 days after the election to find out who will be the next president of the United States. It’s a complicated situation, to say the least, but one that could have a far-reaching impact on the Nov. 6 election process.

The concern is that thousands of Ohio voters may complete the absentee-ballot application and receive an absentee ballot, but not bother to complete and mail in the ballot.

Anyone who is sent an absentee ballot — including those who do not complete it and mail it in — and later shows up at the polls on Election Day to cast their ballot in person will be instructed to instead complete a provisional ballot.

And under Ohio election law, provisional ballots cannot be opened until 10 days after an election.

“I would just say that this is a potential nightmare-in-waiting,” says Blackwell.

Blackwell believes that could result in an unprecedented number of provisional ballots being filed – some 250,000 or more. Such a large number of ballots being held, presumably under armed guard, for 10 days until they can be opened, would bring to mind the historic 2000 post-election battle in Florida. That recount was marked by ballot disputes — and inevitably, lawsuits.

“You’re talking about craziness for 10 days,” Blackwell tells Newsmax in an exclusive interview. “They won’t even be opened to be counted for 10 days.”