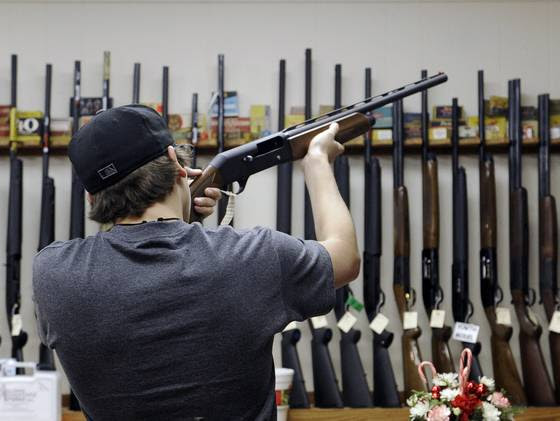 Adam Lanza's mother was among the tens of millions of U.S. gun owners. She legally had a .223-caliber Bushmaster rifle and a pair of handguns, which her 20-year-old son used to kill 20 children and six adults in 10 minutes inside a Connecticut school.

In the raw aftermath of the second-worst school shooting in U.S. history, countless gun enthusiasts much like Lanza's mother complicate a gun-owning narrative that critics, sometimes simplistically, put at the feet of a powerful lobby and caricatured zealots. More civilians are armed in the U.S. than anywhere else in the world, with Yemen coming in a distant second, according to the independent Small Arms Survey in Geneva.

Take Blake Smith, a mechanical engineer who lives near Houston and uses an AR-15 style rifle in shooting competitions.

Texas Gov. Rick Perry, who famously claimed to have shot a coyote while jogging with a pistol holstered to his running shorts, has signed a half-dozen certificates applauding Smith as one of the state's top marksmen. "But I won't call myself a fanatic," said Smith, 54, whose father first let him handle a gun around age 6.