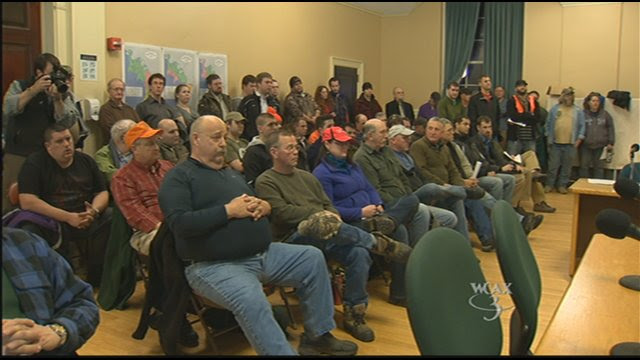 A passionate crowd - many in blaze orange - packed City Hall Monday night. Most of whom were there to voice concern and contest the proposed change to the city charter.

"It's not really good to pass feel good legislations," said one gun rights advocate to the city council.
The proposed amendment banning semi-automatic assault weapons and multiple ammunition clips came from Norm Blais, (D-Burlington City Council) in the wake of the massacre at Sandy Hook Elementary School in Newtown, Connecticut.

"To those people who say we don't need this legislation in Burlington because nothing like this has ever happened here before, well the people of Newtown, Conn. could have said that before Dec. 15th," Blais said.

"I think it's a dangerous course to let emotions get into the driver's seat when writing legislation that could potentially infringe on constitutional rights," said Matt Storer, a member of the public in attendance.
And he wasn't the only one concerned with the Constitution. Applause echoed almost every speaker who mentioned the 2nd amendment.