The English on the Tyrant Lincoln

I fortunately stumbled across this when I was checking sites visiting FNC. 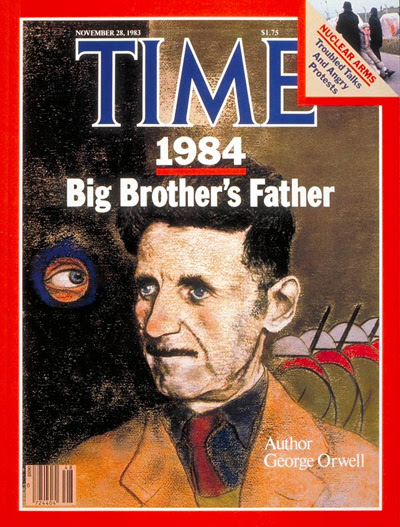 Enjoy the film, did you? I mean, if you were one of the hundreds who turned out at the Savoy last night to join Daniel Day-Lewis and Stephen Spielberg at the European premiere of Lincoln, did you enjoy the film?

Because of course any Hollywood version of a Lincoln biography is tosh, so the only question is: did you enjoy the tosh?

It would be only fair if you did. Millions of Americans over the years have enjoyed movies about Ireland, its history and its culture – Darby O’Gill and the Little People being one, The Quiet Man being another, and Ryan’s Daughter. Any of which is as accurate a picture of the real Ireland as any Hollywood film is about the real Abraham Lincoln. So I do hope you enjoyed Lincoln in the same way a generation of Americans enjoyed Darby O’Gill. All the same, really.

Don’t be surprised. No Hollywood movie about Lincoln has ever come near the truth, and as long as Yankees control the industry, no movie ever will.

The present film focuses on the political manoeuvrings by Lincoln in 1865 to have the 13th Amendment to the Constitution, meant to prohibit slavery, passed in what was left of the House of Representatives, a rump that was left after the secession of the Southern States.

In effect, Lincoln was trying to rewrite a constitution under which he intended the South would have to live again, but giving the South no voice in drafting the amendment. The amendment would later be forced through for ratification in post-war legislatures in Southern States under military occupation. The passage of the 13th Amendment made the Irish 1801 Act of Union look like a monument to representative democracy.

How much did Spielberg get right on this? Well, imagine the British Conservative party writing a film script about Irish history and you will understand what happens when Yankees do Lincoln.

Abraham Lincoln had a record from the moment of his inauguration of smashing up the Constitution and its Bill of Rights. Picturing him now as being careful to get a new amendment just right is a bit precious.

If the film in fact tells this truth about Lincoln -- it has not yet opened here in Brussels, and I won’t watch pirate – that’s great, that’s a first.

But the truth is that Lincoln was a racist, war-mongering, anti-liberty, blood-soaked imperialist liar. Lincoln has been deified to justify the conquest and occupation of the sovereign States of the South by the financially-driven vested interests of the North. The truth is, the war was about tariffs and not about slavery. I have to suspect the film doesn’t say that.

If you were one of the 900 people who did pay out €160 a head last night for last night’s gala, you might be wondering why I didn’t tell you the truth about Lincoln before you dug into your money to see the movie.

Reason: because the film was being screened in aid of the Wicklow Hospice building fund, and I have hesitated to write one word that might discourage anyone from giving money to that cause.

Now, however, the hospice fund has its money from the evening. I’m cleared for take-off.

First I will have to deal with the misunderstandings about slavery as the cause of the war. Here is the American historian Dr Clyde Wilson, writing in Chronicles Magazine in 2011: ‘It is now established with Soviet party-line rigor that the War was “caused by” and “about” slavery, and nothing but slavery. This is not because the interpreters of history in 2011 are more knowledgeable and objective than those of 1961 [the centennial of the war]. Quite the reverse is true. The new orthodoxy does not result from new knowledge. Slavery has been elevated to the centre place of the war because Americans are obsessed with race and devoted to the emotional and financial rewards of victimology. But slavery does not belong there.’

‘The Union never did anything before, during, or after the War with the welfare of black Americans foremost in mind.’

Though of course, Yankees hated slavery. Why? Because in their view slaves were a non-Anglo-Saxon element who had corrupted the South, and left white Southerners – the Cavaliers of America -- both free and prosperous, and therefore independent of Northern Puritanism. For the Yankees of the mid-19th century, writes Dr Wilson, ‘It wasn’t that the black man had too little liberty; it was that the Southern white man had far too much.’

Which takes us to the question of tariffs as the cause of the war. In his book, The Real Lincoln, Prof Thomas DiLorenzo makes the case that the North invaded the South in order to hold onto the tariff revenues which the wealthy, exporting South was forced to pay to subsidise Northern industry.

Higher tariffs for his crony capitalists were the key plank of Lincoln’s 1860 election platform. He had no interest in ending slavery. What he wanted was to exploit the South for tariff revenues, and stop the South buying cheaper manufactured goods abroad.

Increased tariff revenues would also help finance Union expansion into the West, where the Lincoln administration was overseeing the eradication of the Plains Indians in the interest of the President’s cronies in the railway industry. Example: on December 26th, 1862, Lincoln ordered the largest mass execution in American history, 39 Sioux prisoners executed by Union soldiers in one day.

As Paul Craig Roberts, an American economist and former Assistant Secretary of the US Treasury, has written, if the South could be free of the North, ‘Northern manufacturers would be seriously hurt, and maybe bankrupted.’

This is what Yankees meant when they said they wanted to ‘preserve the Union.’ They wanted to preserve the Southern people as captives to Northern business and banking interests. Following the election of Lincoln, the Southern states decided it was time to exercise their undeniable right to secede from the union, just as their grandfathers had seceded from the British Empire.

But let’s get to Lincoln’s Emancipation Proclamation, which people here persist in imaging freed the slaves. It did not, nor did Lincoln intend it should. Slavery was constitutional and Lincoln knew it.

Yes, slavery still was – why do I even have to say it? -- is now, and can never be anything but an abomination: but there it was, forced onto the American colonies by their British masters, and continued in many American States, North and South, into the 1860s.

There were legal and moral ways to end slavery, but turning loose on the Southern people men such as Ulysses S Grant, a meat-grinder of a killer, was not one of the ways.

In effect, what the Emancipation Proclamation did was announce that slaves in territory not controlled by the federal government would be freed, but in any territory controlled by Union forces, slaves would not be freed.

Mr Spielberg may touch on this. He would have to, because even in 1863, the New York World newspaper mocked the proclamation: ‘He [the President] has proclaimed emancipation only where he has notoriously no power to execute it.’

In fact, many slaves who ended up in the hands of the Yankee soldiers were not freed, but were forced to work at the worst jobs in the army camps: ‘Welcome to Yankee slavery, here, clean the latrine.’

So ending slavery was not the point of the proclamation. Nor was it Lincoln trying to overcome resistance in Washington to freeing slaves. Rather, Lincoln knew that by 1863, almost no white men were left working on Southern farms and plantations. They were all away fighting. Women and children kept the farms working.

At the time, it was assumed Lincoln calculated that once the slaves heard they had been ‘freed,’ they would rise up and slaughter the white women and children.

The slaves of course never rose and slaughtered anyone, despite Lincoln’s efforts. Why they didn’t, I do not know. Perhaps they were more Christian than I, and perhaps you, would have been in the same circumstances.

Lincoln’s imperialist war ended with 620,000 young men dead (including one-quarter of all white men in the South between the ages of 20 and 40), the economy of the South destroyed, and the South an occupied territory without civil rights or legitimate government for nearly a generation.

Even Virginia, home of Washington, Jefferson and Madison, and the oldest representative democracy in the New World, was reduced by the Yankees to an occupied territory called ‘Military District No 1.’

Orwell should have told this story, not Spielberg.