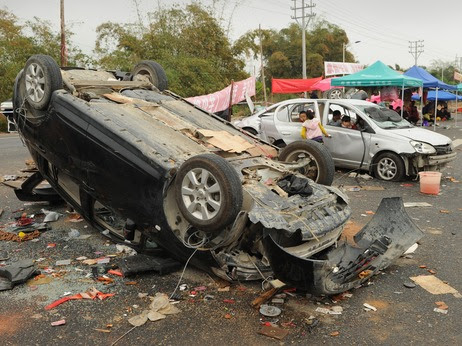 The road that runs along the edge of Shangpu village in south China is littered with the hulks of burned-out cars. Farmers have built tents and simple barricades made of rocks and wire. Police have set up their own cordon in a standoff that is approaching two weeks.

The villagers are demanding free elections following yet another government land grab. They say armed thugs sent by their own village chief attacked the community to pave the way for a new factory on their farmland.

This is the second uprising of its kind in Guangdong province in 15 months. The stalemate comes at an awkward time as China's rubber-stamp Parliament opened its annual meeting Tuesday in Beijing. Despite China's tremendous economic progress, the episode underscores the country's continued lack of rule of law and political accountability.