We Need an Immigration Policy That Helps Americans, By Jeff Sessions 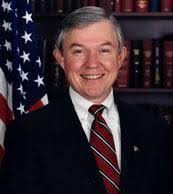 Immigration reform is a complex issue that requires significant time and public engagement to be handled responsibly and to produce legislation that will actually work. We need to have open public hearings on every aspect of this proposed reform — visa overstays, exit and entry systems, future flow, chain migration, the public-charge rule, fiscal impacts, worksite security, law-enforcement concerns, etc. For instance, the ICE officers’ union has asked repeatedly to be given a chance to participate in White House discussions and to speak with the Gang of Eight, but has been unable to get a meeting — even as the special interests report almost daily on their access and engagement.

One of the most important concerns — and too little discussed — is the economic impact. The last time Congress considered a comprehensive immigration bill, unemployment was 4.5 percent. Today, it’s nearly 8 percent. Forty percent of those unemployed have been out of work for six months or longer. The labor force participation rate is at a thirty-year low. The unemployment rate for teenagers is 25.1 percent. Wages are stagnant. Never before have more Americans been on food stamps and other forms of welfare. Yet all we hear from those interests pushing for a comprehensive immigration bill is that we have a labor shortage and need to import more low-skill workers. An expanded guest-worker program will not benefit unemployed American and legal workers. We should be trying to help unemployed Americans find good jobs, not importing cheap labor to take these jobs.

A well-planned welfare-to-work program — turning the welfare office into a job-placement center — is what is needed.