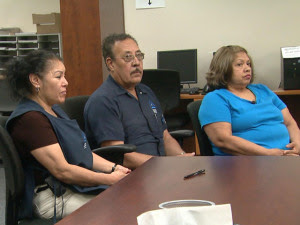 Let’s say I was planning a trip to Germany. Once I arrived, I was so enamored by the country that I made plans to live there. Following the difficult immigration process, I move everything across the ocean to Germany, find a place to live in a great part of town, and settle in. However, after a few months, my savings have dried up. I have run out of money and I need a job. I go to interview after interview; finally landing a job at a local restaurant as a busser. During my time at work, I come across a sign that reads “Gefahr, heiß!” Unfortunately, I don’t speak a lick of German, and I don’t understand that “Gefahr, heiß!” means “Danger, Hot!” I wind up with a pretty bad burn, so I sue the restaurant.

Does that seem fair? Obviously not. Do you think a judge would even deign to hear my case in court? I’d hope not, because it was my fault for moving to Germany without bothering to learn the language of the country. A similar case is moving forward in Colorado as I write this article.
According to CBS Denver:


“A group of Hispanic custodians at the Auraria Campus in downtown Denver are claiming they are victims of discrimination. They’ve filed a complaint against the campus operator that could be reviewed by a federal judge…’Too many things have happened to me there that I don’t even know how to explain it,’ said Auraria custodian Bertha Ribota. Ribota said she was injured at work because she couldn’t read a warning sign that was in English…’If I could speak English I wouldn’t have the problems that exist,’ said Ribota.”

More @ Last Resistance
Posted by Brock Townsend at Saturday, May 11, 2013