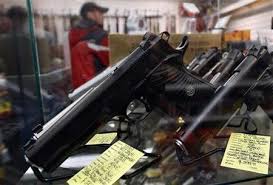 The Missouri Legislature sent the governor a bill Wednesday that would expand gun rights and declare all federal gun regulations unenforceable, in a response to President Obama's push for gun control legislation.

The Republican-led Legislature passed the measure hoping to shield the state from federal proposals that would ban assault weapons and expand background checks. But the U.S. Senate's defeat of a background check expansion three weeks ago did nothing to assuage the fears of Missouri Republicans who pressed forward with their legislation.

The Missouri House voted 118-36 Wednesday to send the bill to Democratic Gov. Jay Nixon. The Senate passed the measure earlier this month.