Obama Rocked By Triple Scandal -- Will He Survive? Will WE Survive? 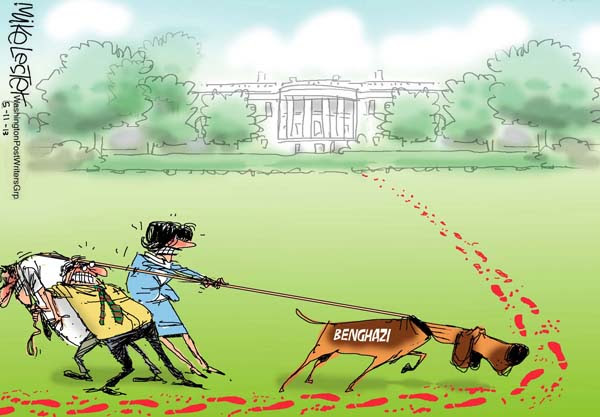 As those who have been following the news have probably noticed, the Obama Administration has recently been hit by three big scandals, coming all together.  Of these, the oldest (and most severe in terms of his primary role as Commander-in-Chief) is the Benghazi Embassy terrorist attack, and his incredibly incompetent and dishonest reaction to this event.  Two new ones have emerged, and they were entirely of the Administrations making.

The first of these is the revelation that Obama's IRS deliberately discriminated against conservative and insufficiently-liberal not-for-profits by demanding much more information about them than they did from moderate or liberal organizations.  The second is that Obama's Justice Department seized the phone records of about 20 AP reporters, because the AP had leaked classified information regarding the foiling of a terrorist plot.

The first two scandals are the most worrisome in terms what they reveal about Obama's (lack of) strategic acumen and respect for the Constitution.  The third may be the one which will sink him, because he's finally angered the Mainstream Media -- his most important supporters.