The Creepy Battle Hymn of the Republic

Lydia McGrew at the Right Reason blog reports her discomfort about the Battle Hymn of the Republic and compares it to Dixieland:


But the goodness doesn't stop there. She goes on to draw a comparison to the Iraq war:


I'd rather not get involved in reading God's righteous sentence by the dim and flaring lamps of invading troops -- whether they're invading a foreign country or parts of their own. Acting as the terrible swift sword of the Lord and helping Him to trample out the vintage where the grapes of wrath are stored is a scary business, one we should be very reluctant to engage in.


Maybe conservatism in America isn't quite dead yet! 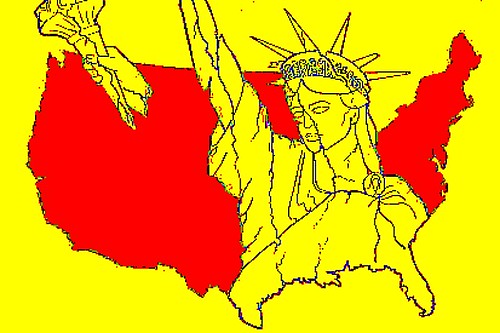 This past weekend, since it was the closest weekend to the Fourth of July holiday that we observe today, churches all across America resounded with patriotic songs. Although the wisdom of singing patriotic songs in church is itself a debatable proposition, there should be no debate in any church about uttering words of blasphemy, whether spoken or sung. Yet, the patriotic song that is perhaps the one most frequently sung in the churches of America — for the Fourth of July or otherwise — is the "Battle Hymn of the Republic." But this so-called hymn is no Christian hymn at all — it is blasphemy in song.

Most Americans are familiar with the words of this "hymn":

The Battle Hymn of the Republic
By Pastor Anton Bosch
Posted by Brock Townsend at Wednesday, June 26, 2013