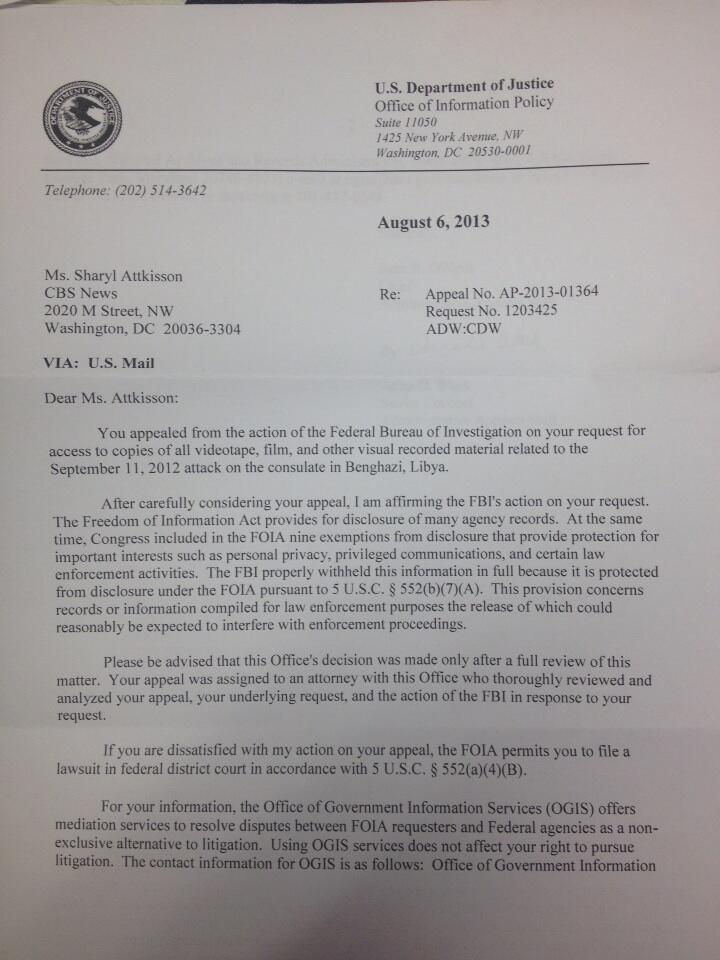 CBS News journalist Sharyl Attkisson has been one of the major investigative journalists covering the Benghazi story. She’s been submitting Freedom of Information Act requests since last Fall when the U.S. diplomatic mission in Benghazi, Libya was attacked on September 11, 2012. Now, nearly one year later, Attkisson has received an answer to her requests. Instead of providing the requested information, The White House and the Federal Bureau of Invesigation has told Attkisson that they really aren’t interested in being that transparent with the information.