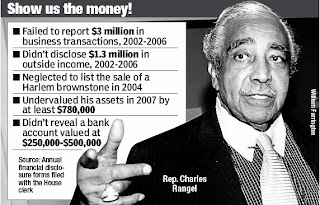 In an interview with the Daily Beast published on Friday, Rep. Charlie Rangel (D-NY) launched into a rant against the Tea Party, terming the movement racist; he added that Republicans are “terrorists.

He stated of GOP opposition to the Obama agenda in the House, “What is happening is sabotage. Terrorists couldn’t do a better job than the Republicans are doing.” As for the Tea Party, Rangel spat, “It is the same group we faced in the South with those white crackers and the dogs and the police.

They didn’t care about how they looked. It was just fierce indifference to human life that caused America to say enough is enough. ‘I don’t to see it and I am not a part of it.’ What the hell! If you have to bomb little kids and send dogs out against human beings, give me a break.”