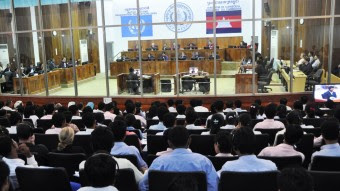 Just as the former Soviet bloc’s highest-ranking defector is being officially commended by the government of his native land for aiding the downfall of communism in the region, defenders of the old regime are threatening to bring him before the International Criminal Court of Justice in The Hague on crimes against humanity.

As WND reported, Lt. Gen. Ion Mihai Pacepa, who defected to the U.S. in 1978 after serving as Romanian President Nicolae Ceausescu’s top official, was praised by the current Romanian government in an Aug. 16 letter and invited to visit the country as an honored guest. The government wants him to enlighten a new generation in Romania about the tyranny of the communist era in response to revisionists attempting to rehabilitate the Ceausescu regime.

Angered by the official restoration of Pacepa and his revealing new expose of communism’s continuing war against the West, “Disinformation,” a group of Romanian lawyers and human rights activists are preparing documentation to be sent to The Hague to prosecute him, according to a Romanian blog.