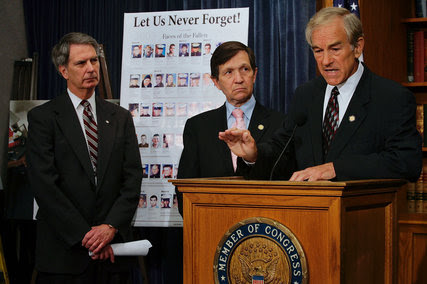 Congressman Walter B. Jones (NC-3) issued the following statement regarding next week’s expected vote on a resolution that would authorize U.S. military intervention in Syria.

“I will vote against any proposal to authorize U.S. military intervention in Syria,” said Congressman Jones.  “The reality of America’s dismal fiscal situation is that any money spent to bomb Syria will be borrowed from overseas or will be taken from the Defense Department’s already-shrinking budget – resulting in even fewer resources for Eastern North Carolina military installations.  Neither of these options is acceptable.”

“Furthermore, there are serious questions about the credibility of the Obama administration’s claims regarding the use of sarin gas in Syria.  The president has failed to explain how our national security depends on engaging in yet another Middle Eastern civil war on the side of radical Islamist rebels who have been documented as possessing sarin gas and beheading Christians, among other atrocities.”
Posted by Brock Townsend at Thursday, September 12, 2013