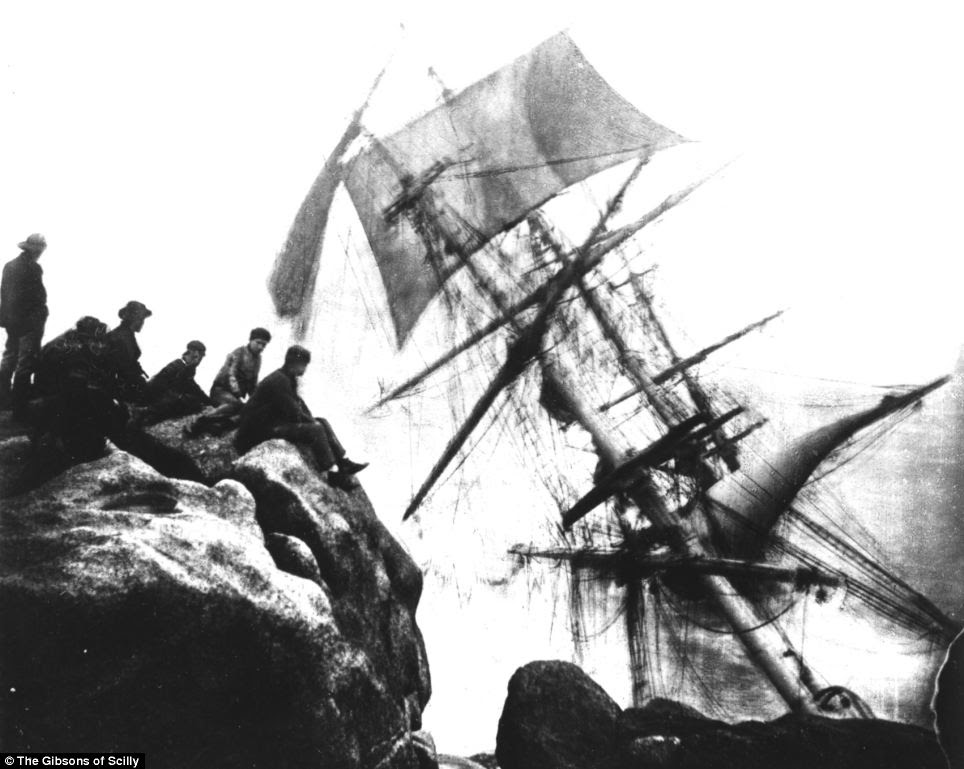 A thousand negatives record the fate of their passengers, crew and cargo as they traveled around the world

Their journeys would end in tragic circumstances, crushed up against the rocks with the precious cargo lost and some of the crew members dead.

But, no matter the treacherous conditions, every time a ship ran aground off the coast of Cornwall, members of the Gibson family would be there to take photos of the vessel's demise.

These ghostly images of shipwrecks were first taken 150 years ago when John Gibson bought his first camera and have now been put together in a collection which is expected to be sold for between £100,000 and £150,000 at an auction next month.