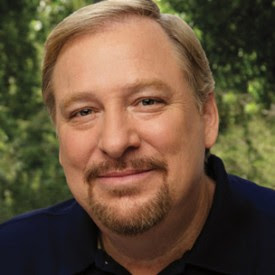 Megachurch pastor Rick Warren, who often has drawn criticism in the Christian community regarding his engagement with Islam, is stirring the pot again.

This time he’s tweeted about a visit from Yusuf Islam, who was Cat Stevens before he became a radical Muslim.

On his @RickWarren account, Warren said: “Legendary Cat Stevens came by to see me today as I worked at home on a sermon.” The tweet includes an image of the two.

The statement immediately drew a reaction from Robert Spencer of Jihad Watch, who noted Stevens enthusiastically endorsed the Ayatollah Khomeini’s death fatwa against author Salman Rushdie in 1989 for insulting Islam.

“Who knew that Rick Warren and Yusuf Islam (Cat Stevens) were this close?” Spencer wrote. “Did they sing a few choruses of Cat’s nasheed that contains the lines, ‘I’m praying to Allah to give us victory over the kuffar?’”

Spencer said he was not surprised, however, noting Warren previously has addressed the convention of the Hamas- and Muslim Brotherhood-linked Islamic Society of North America.

Warren, Spencer said, also “apologized to Muslims, but wasn’t sure what for” and now “he is palling around with Mr. Peace Train” in the name of “dialogue” and “interfaith outreach.”