Suddenly, it's 'bigoted' to be Swedish 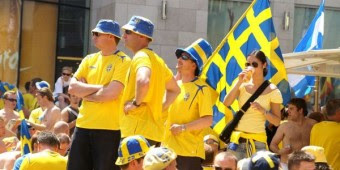 In the drive for Scandinavian culture to utterly annihilate itself as fast as possible, let it never be said that art galleries and institutions failed to do their part.

Oslo’s “New Nordic Art” website (as an example) reveals that “Nordic” has evolved to mean any person with absolutely no genetic, historic, cultural or especially religious connection to the region itself. Proof of the native purge is the list of artists from “Costa Rica, China, Israel, France, Palestine, Haiti/Switzerland, USA, UK, Lebanon and Japan.” Featured artists “reside” in Norway at some point, which is fine, but they seem to have entirely eclipsed anyone with a Norwegian grandmother.

Why the serious snub of indigenous Scandinavians?