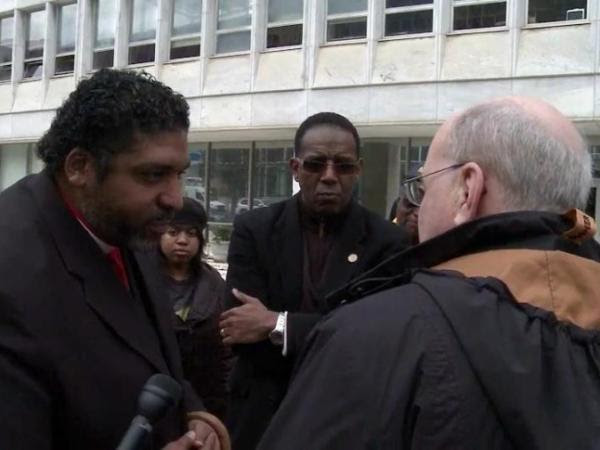 State budget chief Art Pope came face to face with one of his most vocal critics Monday morning while responding to a planned picketing campaign targeting his family's chain of discount stores.

The state chapter of the NAACP and several left-leaning groups held a news conference outside the state budget office to announce the campaign targeting Variety Wholesalers, which includes Roses, Maxway and other stores.

Pope is chief executive of Variety Wholesalers, and he also is a major political donor to conservative causes, both on his own and through third-party groups such as Americans for Prosperity and Civitas Institute.