Why are Robert E. Lee and Stonewall Jackson honored at Washington National Cathedral? 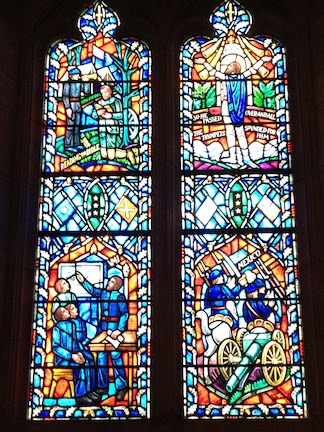 “To have them enshrined in this national place of reflection can be really disconcerting,” said Chris Mackowski, a St. Bonaventure University journalism professor and author who has written about the niches on the Emerging Civil War blog.

Rather, Mackowski said, the niches should force us to ask questions: What was the context in which they were created? How is that different from today?