Alaska-Yukon moose: “It is the best meat you can get in the world,” 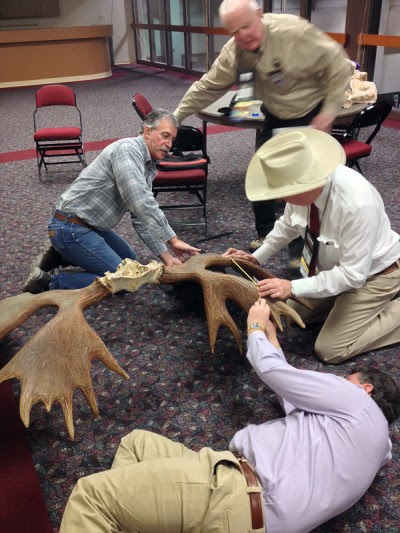 For Heinz Naef, the verification of his record Alaska-Yukon moose by a Boone and Crockett Club (B&C) panel was the proverbial icing on the cake. Naef’s record was all but official when the rack was scored by B&C measurer Clint Walker last month at 263-1/8. However, Naef needed to bring his moose to Reno, Nevada for review by a Special Judges Panel as a formality.

In the end, the panel decided to bump up the final score to 263-5/8. Those measurements make Naef’s moose one of only two to ever score above 260. The other was the previous world record, which was harvested by John Crouse near Alaska’s Fortymile River two decades ago. That moose scored 261-5/8.