‘How many times do we have to go through this?’ Ariz. Gov. Jan Brewer rejects amnesty for illegals 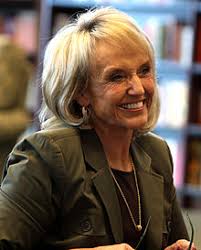 Arizona Republican Governor Jan Brewer agrees with Texas Senator Ted Cruz’s prognosis that their party will suffer if it pursues amnesty for illegal immigrants, asking, “How many times do we have to go through this? The border needs to be secured.”

Brewer spoke with Fox News’ Stuart Varney on Friday about the immigration debate, which has picked up in recent weeks after years of inaction. Rumor has it that Republican leadership will work with the Obama administration to enact a “pathway to citizenship” for the estimated 12 million immigrants here illegally. Some in the party — including Cruz — call this strategy a serious blunder that may jeopardize their hopes for the Senate in the fall.

The Arizona governor agreed. “I think that Senator Cruz is correct,” she said.


More with video @ The Daily Caller
Posted by Brock Townsend at Saturday, February 01, 2014