Republican candidate: "Bedrock must be the Constitution, with an emphasis on enumerated powers." 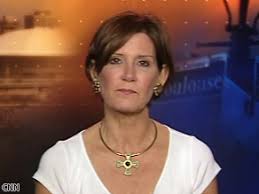 "Hillary Clinton’s lead is ephemeral," Matalin told Politico Magazine. "As soon as she gets in, if she gets in, she will be challenged and it will evaporate. Just the nature of the beast. I predict she doesn’t run."

Matalin, who is married to former Clinton adviser James Carville, joined other key Republican figures in telling Politico Magazine that the field of potential GOP candidates is widely scattered. Like Matalin, most agreed that it's not so much a matter of who seeks the presidency, but what they stand for.

"The question is less "who" than "what," Matalin said. "Conservatives should lay down as their nonnegotiable, baseline candidate requirement an outcome-based, empirically demonstrable record or a policy agenda that has succeeded historically...our bedrock must be the Constitution, with an emphasis on enumerated powers."

That said, candidate skills will matter, and the chosen person must have "the fortitude born of unshakable confidence in our convictions. There are more than a few candidates who fit this bill. This is going to be a rocking great primary," Matalin said.