Conetoe is across a big field from Dixieland and reminds me of my departed cousin Earl who lived there in his similar Federal house. 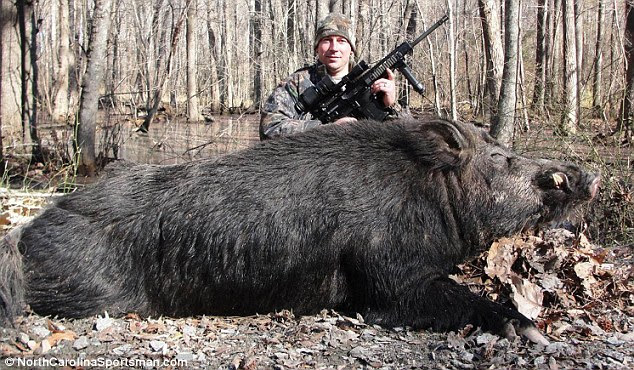 A hunter in North Carolina has solved has food bill for the next year after tracking and killing a mammoth wild boar weighing in at over 500 pounds.

Veteran hunter Jett Webb, of Conetoe, bagged the beast last month using his .308 caliber rifle after baiting the animal for over a month.

'It was very surreal,' Webb told WSPA. 'It was a shock. It was very humbling to say the least, when you walk up on a beast that big and you say, "Oh my gosh. I had no idea that there could be something that big running around the woods of Eastern North Carolina.'"