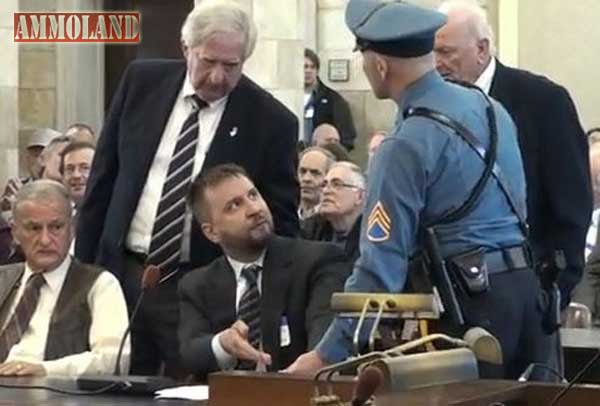 News is breaking that an outspoken critic of New Jersey’s draconian gun laws is being actively targeted with an arrest warrant issued by the New Jersey State Police.

With less then 72 hours before a scheduled Law and Public Safety Committee Hearing on Assembly Bill A2006, a New Jersey proposed law to limit magazine capacity to a maximum of ten rounds of ammunition. Additionally the Assembly Bill A2006 would ban more than 30 models of common .22 plinking rifles.  Is it coincidental that the New Jersey State Police should suddenly find need to issue a warrant for Mr. Kaleda’s arrest only days before he would be expected to appear and testify at this type of hearing?