Obamacare Study: Needed treatments can be denied 'even if patient is willing and able to pay' 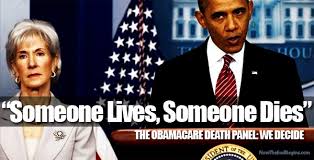 A new report from officials with the Robert Powell Center for Medical Ethics at National Right to Life warns that one of the things in Obamacare that ex-House Speaker Nancy Pelosi promised Americans would discover is that they will not be allowed to spend what they choose on their own health care.

The extreme position was revealed by a special report from the NRLC, titled “The Affordable Care Act and Health Care Access in the United States,” which analyzes four fundamental policy areas of Obamacare.

It finds several areas through which the federal health care law “will drastically limit access to life-saving medical treatment under the law.”

“These four areas include: the ‘excess benefit’ tax coming into effect in 2018, the current exclusion of adequate health insurance plans from the exchanges, present limits on senior citizens’ ability to use their own money for health insurance, and federal limits on the care doctors give their patients to be implemented as soon as 2016.”

“For pro-life Americans concerned about the impact on innocent life – both born and unborn – the policies of Obamacare couldn’t be worse,” said Carol Tobias, president of National Right to Life, as the study was being released on Thursday.