‘I Will Not Obey Orders for Americans to Surrender Their Arms’ 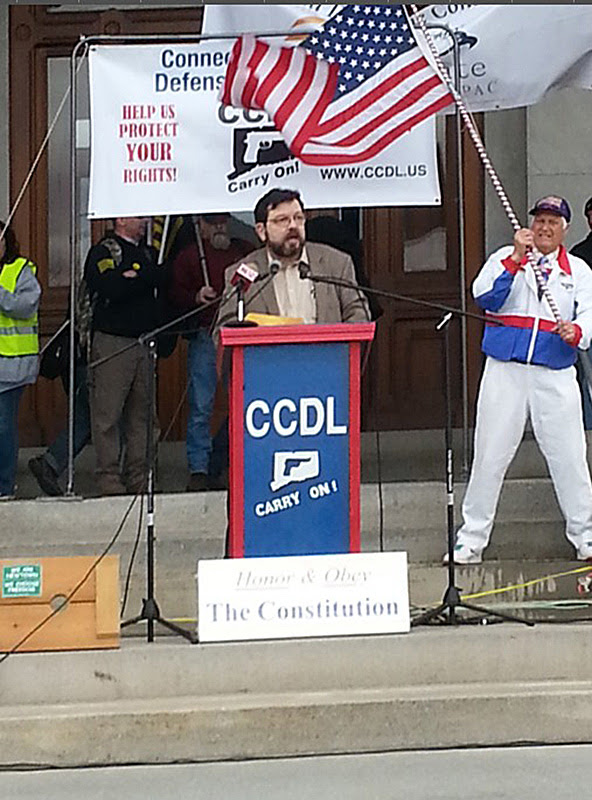 Thousands of activist gun owners, angered over Connecticut’s Orwellian “Gun Violence Prevention and Child Safety Act,” gathered at the State Capitol in Hartford on a cooler-than-predicted Saturday in early April.

They were fed up with opportunistic politicians exploiting the Newtown tragedy at the expense of freedom, and they were furious and defiant that many owners of semiautomatic rifles and standard-capacity rifle and handgun magazines, who had defied a registration deadline, were now considered criminals.

To my surprise, I had been invited to give the keynote address. I’m not from that state and my dealings with Connecticut Citizens Defense League, the group organizing the rally, had been mostly internet-based. Perhaps one reason for the invitation was a “GUNS Magazine” column I’d written a few months earlier defending Constitution State gun owners, some of whom lined up late to register their magazines and rifles before the mandated deadline.

When I stood to speak in Hartford, what I saw was a crowd fired up and united in opposing and working to roll back the gun ban. Judging from the vocal responses, the assembled Connecticut gun owners were supportive of calls to work within the system to elect the right candidates and defeat the wrong ones, in both parties, and to appeal to the courts, as CCDL and NRA are doing in Shew v Malloy.

Also, the rally gave me a chance to learn some new things firsthand, and to reinforce some assumptions I brought to the event. Here are five areas that stand out: