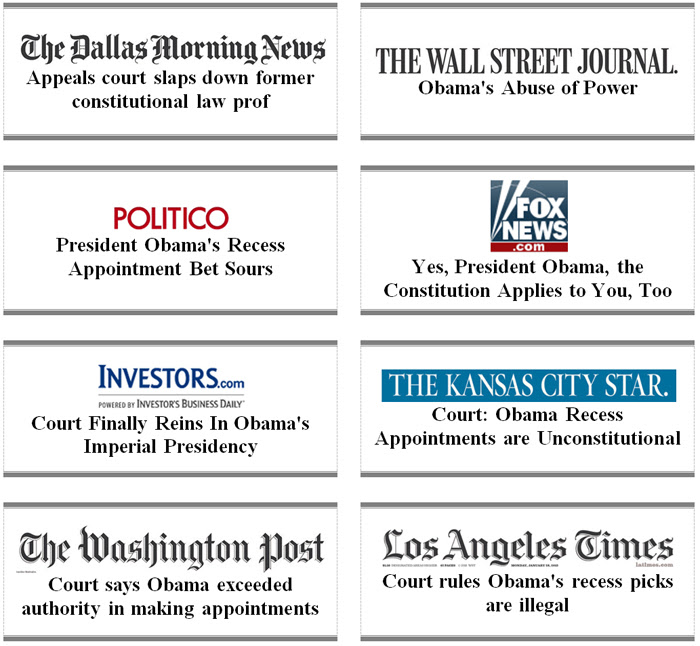 The Supreme Court on Thursday limited the president's power to fill high-level vacancies with temporary appointments, ruling in favor of Senate Republicans in their partisan clash with President Barack Obama.

Problem is, the court said, the Senate was not actually in a formal recess when Obama acted.
Obama had argued that the Senate was on an extended holiday break and that the brief sessions it held every three days — what lawmakers call "pro forma" — were a sham that was intended to prevent him from filling seats on the NLRB.

The justices rejected that argument Wednesday.