ISIS’ Ammunition Is Shown to Have Origins in U.S. and China 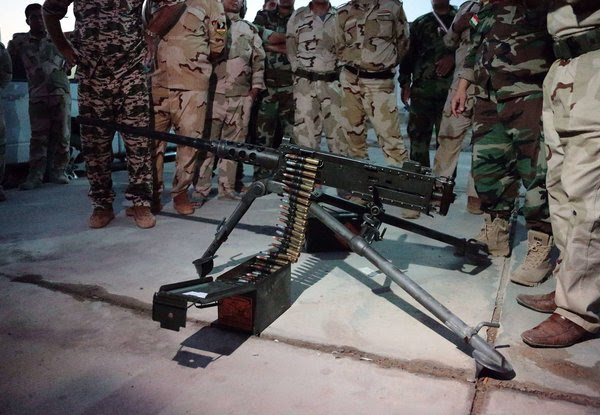 In its campaign across northern Syria and Iraq, the jihadist group Islamic State has been using ammunition from the United States and other countries that have been supporting the regional security forces fighting the group, according to new field data gathered by a private arms-tracking organization.

The data, part of a larger sample of captured arms and cartridges in Syria and Iraq, carries an implicit warning for policy makers and advocates of intervention.

It suggests that ammunition transferred into Syria and Iraq to help stabilize governments has instead passed from the governments to the jihadists, helping to fuel the Islamic State’s rise and persistent combat power. Rifle cartridges from the United States, the sample shows, have played a significant role. (Well, no s---, Sherlock, as though no one hasn't warned about this.)