There The Skeletons Lie: Corinth in 1866 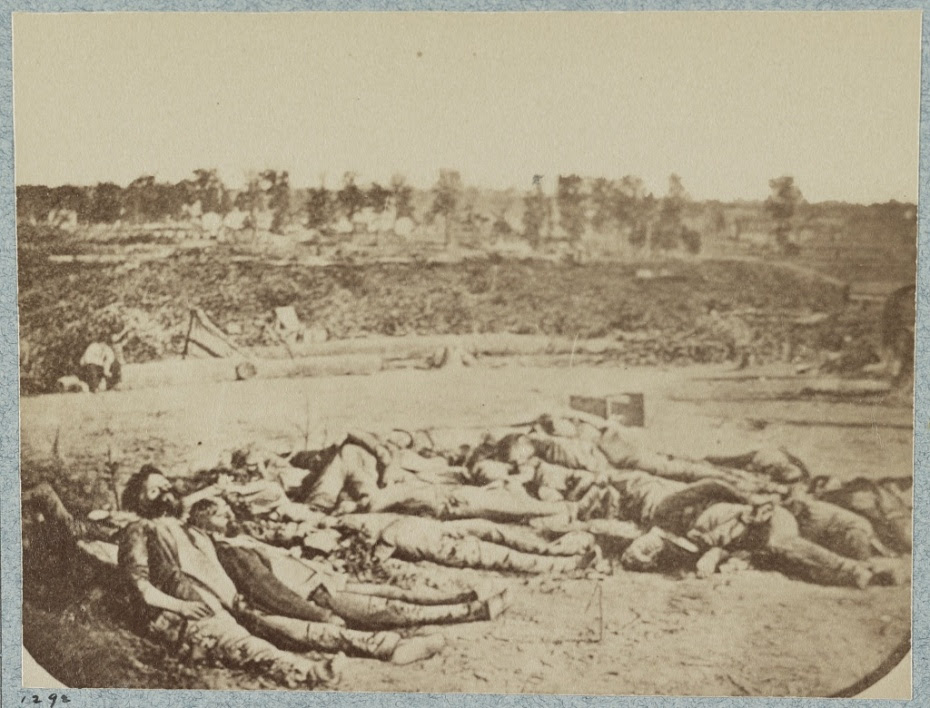 I found the following article in The Weekly Democrat of Natchez, which was published on May 14, 1866. The writer was not identified, but whoever it was painted a graphic picture of Corinth one year after the war ended:

Not the least mentionable of the ‘pitched battles’ of the late war was that which was fought in front of this grand ‘intrenched camp’ that we call Corinth, on the 3d and 4th days of October, 1862. During the past two days a portion of my sojourn here has been spent as a partial exploration of that part of the battlefield which lies in the Northwestern angle formed by the crossing of the Memphis, Charleston, Mobile and Ohio Railroads.


More @ Mississippians in the Confederate Army
Posted by Brock Townsend at Saturday, October 04, 2014