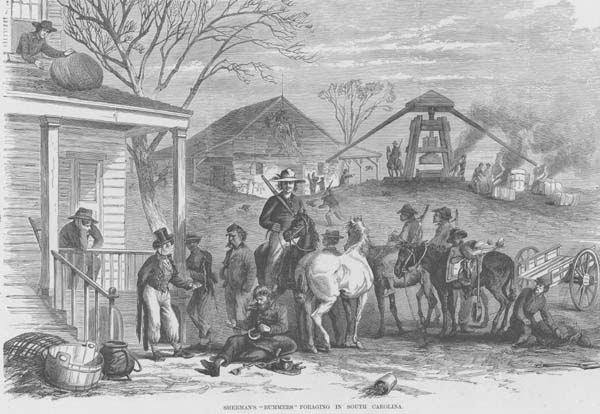 “The [Democrat Convention] elected Major-General George McClellan, Lincoln’s indecisive former general, as their candidate for president in November [1864]. Clement Vallandigham’s delegates forced the convention to accept a platform of peace with the South.

A few days after the Convention convened, the stalemate around Atlanta ended [as] Sherman advanced through the smoke into a ruined city. “Atlanta is ours and fairly won,” wired Sherman to the War Department. Vallandigham and his peace Democrats saw their platform crack [and] . . . The way to the Southern heartland lay open.

On August 22 . . . a federal force under General [A.J.]“Whiskey” Smith entered . . . Oxford, Mississippi. For the better part of the month Oxford had changed hands in vicious fighting. [Nathan Bedford] Forrest held it until forced to withdraw on August 22 after two days of street fighting. That morning a large force of [Smith’s] black and white troops occupied the town.

In the official report to the Confederate War Department some days later, the commandant at Oxford wrote: “General Smith’s conduct and that of his staff was brutal in the extreme, they having been made mad with whiskey. The soldiers were licensed for any crime – robbery, rape, theft and burning.”