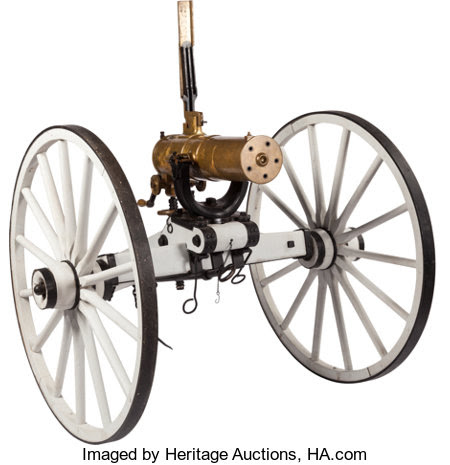 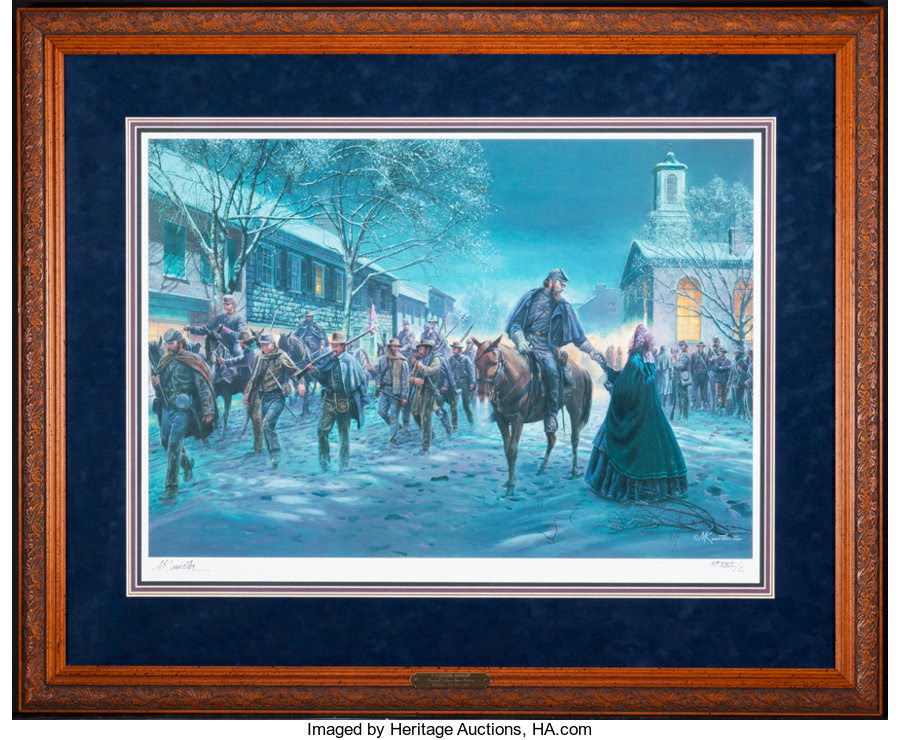 Each of the Künstler pieces included in this auction concern aspects of the Civil War from the Southern perspective. Some of my personal favorites include " A Fleeting Moment (2003)," featuring Gen. Stonewall Jackson bidding farewell to his wife, Mary Anna; "Julia (1998)," a touching image of Gen. Jackson and his wife, this time with their newborn daughter, Julia, at Guiney's Station, just three weeks before his death at the Battle of Chancellorsville; "Longstreet at Gettysburg (1993)"; "Bravest of the Brave (1999)," members of Co. "H," 4th Virginia Cavalry (the Black Horse Cavalry), ride through Warrenton, Virginia; "Confederate Winter (1989)," Gen. Richard Taylor examines a map at Chester's Gap, Virginia, early in the war; "Strategy in the Snow (1994)," Gens. Lee and Jackson plan their next move in a tent during the Fredericksburg Campaign; "Confederate Crossing (2004)," Gen. Nathan Bedford Forrest and his cavalry ford the Duck River in Tennessee in 1864; "Confederate Christmas (1992)," a column of Confederate troops are seen hauling a Christmas tree on a cannon; and "... War Is So Terrible (1995)," based on Gen. Lee's purported comment to Gen. Longstreet during the Battle of Fredericksburg, December 11-15, 1862: "It is well that war is so terrible; otherwise we should grow too fond of it."