Whose History—And Why It Matters 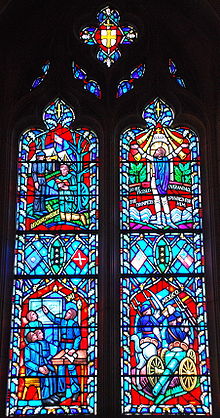 Stained glass of Jackson's life in the Washington National Cathedral
Some time ago, I wrote an article in response to a review of the book, REBEL YELL: The Violence, Passion, and Redemption of Stonewall Jackson. I did so because I believed what the review’s author, Matthew Price, had written should not be allowed to go unchallenged. Mr. Price noted that, “(Stonewall) Jackson was no proslavery zealot, but (author) Gwynne does not address directly the somewhat vexed issue of writing sympathetically about a figure who still fought for a cause utterly discredited by history.” My question to Mr. Price was, to “whose history” was he alluding when he made that claim?
Because the matter involved the history and heritage of the South, I submitted my position to a Southern publication holding the same beliefs as expressed in my essay. However, it was rejected not because of my premise but because, in the words of those involved, the publication was “. . . not publishing as many Confederate history articles as previously . . . [Our] focus has shifted to current issues and to the future of the South.” Frankly, I fail to see the “disconnect” between that which I countered—Mr. Price’s definition of the cause for which Stonewall Jackson fought as “discredited”—and those same “current issues” which the publication wishes to address. After all, this contention is the very basis for the ongoing efforts of cultural genocide “currently” directed against the South! Ergo, it is neither rational nor intelligent to fight the present anti-Southern brushfires while ignoring the inferno causing them; that is, Mr. Price’s accepted version of “whose history!”
More @ SHNV