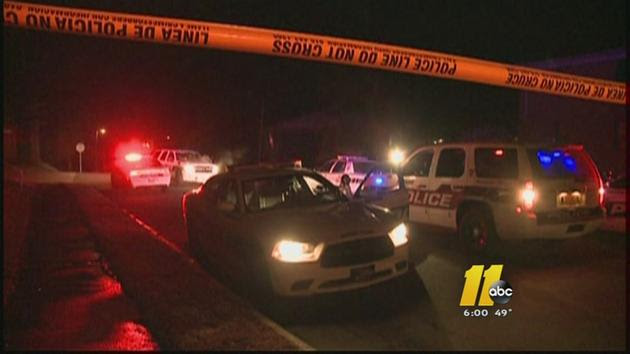 The Durham Police Department is investigating an officer-involved shooting on Christmas Day.

Police said that about 10 p.m. Thursday they responded to the area of Lakeland and Truman streets for a “shots-fired call” from an officer who had been approached by two men.

When assisting officers arrived on scene they were told two suspicious black men had left the area on foot.

According to preliminary reports, Officer J. T. West was working on an incident report in his patrol car on Lakeland Street, just north of Truman Street, when he saw the two men approaching the car.


More @ The Herald-Sun
Posted by Brock Townsend at Saturday, December 27, 2014