Via comment by Sioux on How 'American Sniper' Leaped Over 'Selma' 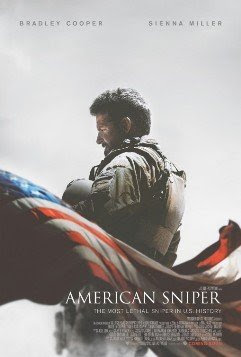 There is no way the liberals who dominate “the Academy” would have just nominated this movie for Best Picture and Bradley Cooper for a Best Actor Academy Award for his role as a sniper if this were a patriotic, pro-American movie. It is no such thing. In fact, this is a whiny, melodramatic, anti-war movie. Nothing else. But I’m sure that the lumpenconservatariat who uncritically digest whatever FOX News serves them up will go see this in droves and mistakenly believe they saw some “rah-rah America!”, conservative, patriotic movie, even though this is anything but that. Those fools should ask themselves why Rosie O’Donnell is raving in approval over this movie.