"None of this will end........until Islam has been forcibly expelled from the continent for the third time."

Via comment by indyjonesouthere on France Declares War on Islam 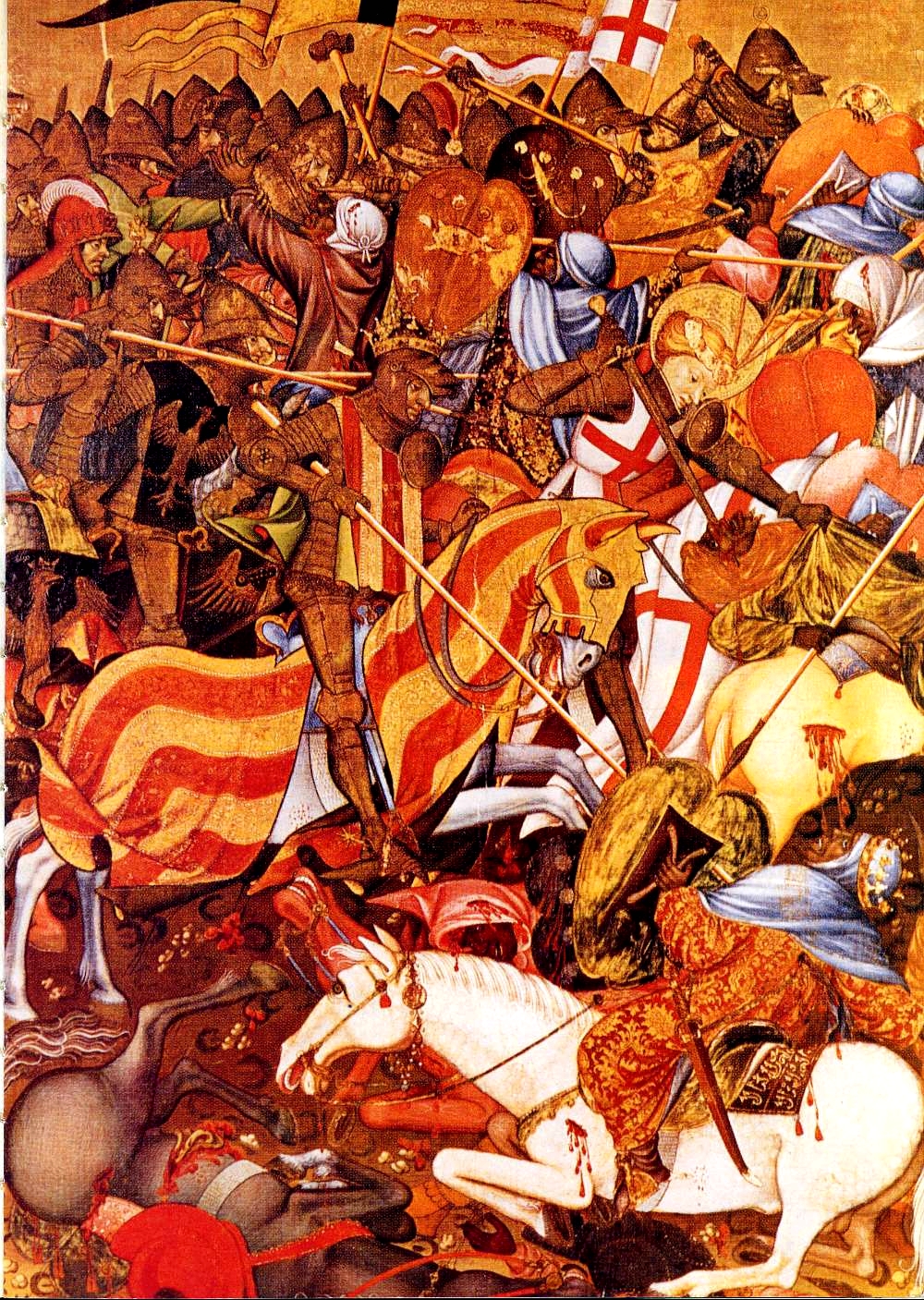 A battle of the Reconquista from the Cantigas de Santa Maria

The march in Paris today is a pathetic and pointless globalist fart in the wind of the resurgent nationalism that will scour Europe in the next decade:

One million people were today preparing to march through the streets of Paris in tribute to the 17 victims of massacre in the city. British Prime Minister David Cameron was one of approximately 40 world leaders scheduled to take part in the solidarity march in the French capital. In a show of support for the French people, Mr Cameron was to stand alongside French President Francois Hollande in sympathy for the victims executed by terrorists....

Security services across the world have reportedly received intelligence that more terror attacks are ‘highly likely’, as a ring of steel was placed around the French capital for today’s march. There are fears that Al Qaeda and Islamic State-linked terror cells will be activated as the city prepares to host the rally this afternoon.

By mid-morning, approximately 2,000 police officers and 1,400 soldiers were deployed across Paris in an atmosphere described by one officer on the scene as ‘extremely tense’. French Interior Minister Bernard Cazeneuve said ‘exceptional measures’ were being taken to try and prevent further attacks, including deploying snipers on roofs.