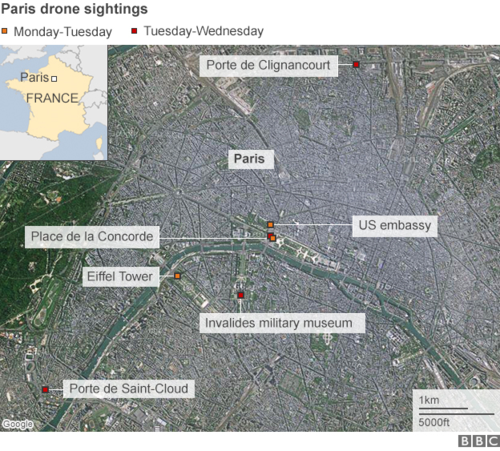 For two nights, up to five drones were spotted over landmarks in Paris. French police weren't able to track down the drones or the owners due to the difficulty of tracing their flight paths while on the ground. In response, a task force has been formed to focus on this "threat." Even the US secret service has been called in as consultants (although their track record with drones is pretty terrible).