NBC's Brian Williams Fesses Up: His Helicopter Wasn't Shot Down in Iraq 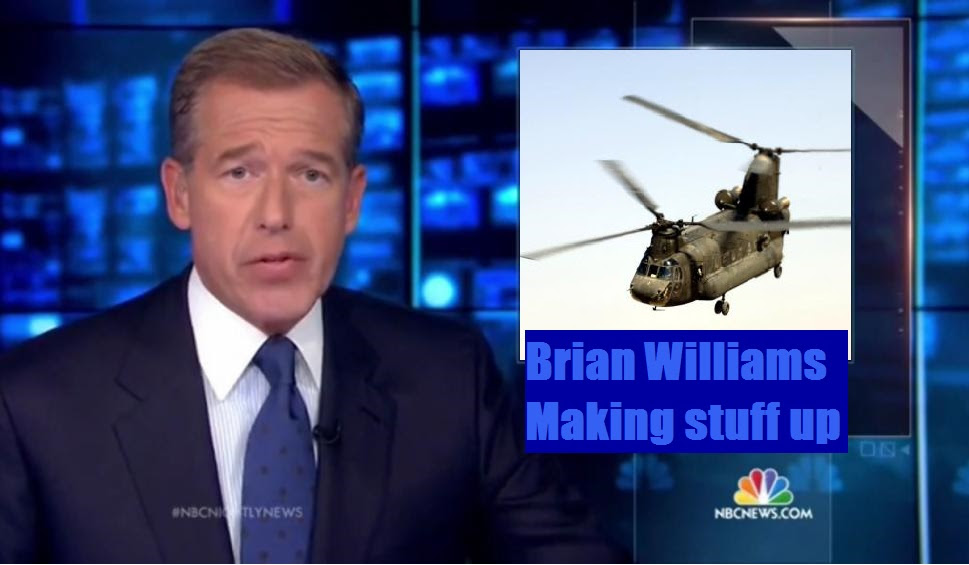 Nothing to see here, just another lying commie.

"NBC Nightly News" anchor Brian Williams is recanting his astonishing claim of being aboard a helicopter forced down by a rocket-propelled grenade during the invasion of Iraq in 2003, Stars and Stripes reports.

"I would not have chosen to make this mistake," Williams told Stars and Stripes. "I don’t know what screwed up in my mind that caused me to conflate one aircraft with another."
Last Friday, Williams' breathtaking story of the downed-aircraft story came during NBC’s coverage of a public tribute at a New York Rangers hockey game for retired soldier Tim Terpak, who had provided security for the grounded helicopters.

"The story actually started with a terrible moment a dozen years back during the invasion of Iraq when the helicopter we were traveling in was forced down after being hit by an RPG," Williams reported.