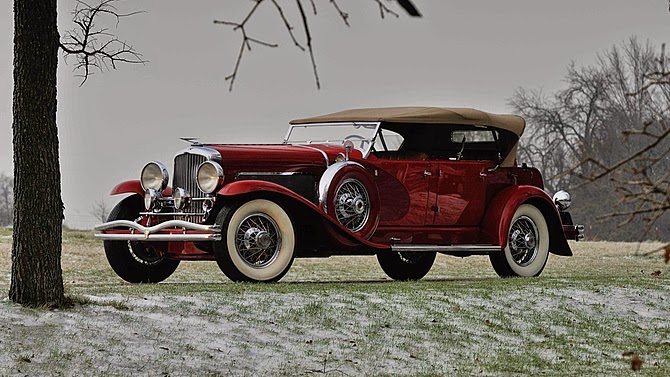 Acquired in 1997 from renowned collector Al Wiseman, this 1932 Duesenberg Model J, chassis number 2480, engine number J-463, has a remarkably interesting history. A long-wheelbase car, J-463/2480 stretches some 153.5-inches and boasts a highly desirable and elegant dual cowl phaeton bodywork crafted in the style of LeGrande and finished in closely-matched, duo-tone Red with Beige top and interior.

Spicing up the allure and history of J-463/2480, and often a common practice with cars such as Duesenbergs, J-463/2480 began life with a formal limousine body by Rollston of New York, which was later removed in favor of body number 1946 from J-389/2415, a sportier, long-wheelbase convertible Berline body by Dietrich, Inc. of Detroit. Unfortunately, in 1946, a garage fire destroyed the Dietrich body, leaving only the chassis of J-463/2480 to survive for many years. The graceful and popular LeGrande-style body was fitted prior to 1985, likely sometime during the 1970’s. It’s thought that during this time also the engine was upgraded with a proper SJ centrifugal supercharger.