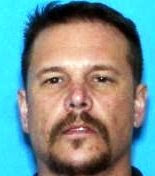 A former Winston County sheriff's deputy has been sentenced to serve three years and nine months in federal prison for his plea to charges he extorted a woman to cook methamphetamine.

Grady Keith Concord, 42, of Nauvoo, was sentenced by U.S. District Court Judge Abdul Kallon during a hearing Thursday in Birmingham. The judge also ordered Concord to serve three years supervised probation once he is released.