NRO Hit Piece: The Romance of the Confederacy 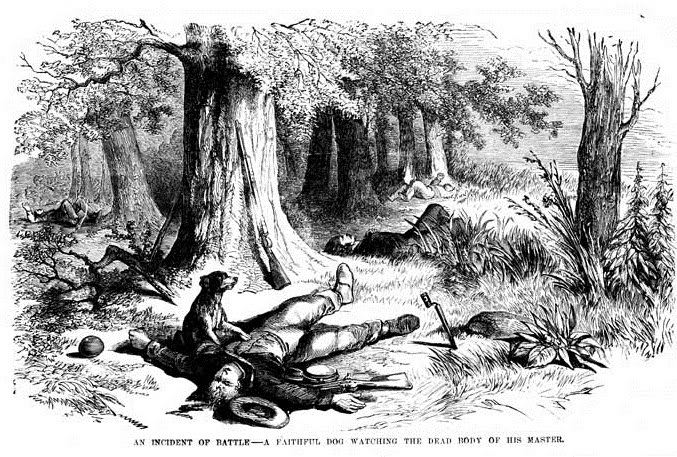 I have this in a frame at Dixieland.  As I remember this was after one of the Winchester battles and the dog wouldn't allow the Yankees to bury his Confederate Master for three days.

It’s time the South dropped it in favor of a better part of its heritage. This week, the Supreme Court heard arguments re Texas’s refusal to allow Confederate flags to be stamped on license plates as part of a “Sons of Confederate Veterans” design. I wouldn’t ask sons of Confederate veterans to disown their ancestry; in fact, my mother’s mother’s family was Southern, and four of my great-great-grandfathers fought in the Confederate army. And I know that lots of Americans sincerely see the Confederate flag as a symbol of states’ rights — particularly because virtually no Confederate soldiers actually owned slaves. But, personally, I see the Confederate flag as the symbol of men who, as Lincoln put it, wrung their bread from the sweat of other men’s faces; who, “to strengthen, perpetuate, and extend” slavery, were willing to “rend the Union, even by war.” And I’m a very reasonable man.