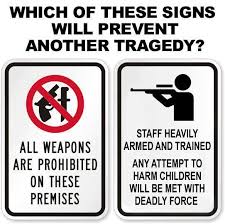 One self-described Second Amendment advocacy group claims that opposition to a gun control nullification bill currently being considered by the North Carolina legislature is coming from an unlikely source: sheriffs.

The National Rifle Association-Institute for Legislative Action (NRA-ILA) reported on May 6 that the North Carolina Sheriff’s Association (NCSA) is trying to scuttle House Bill 562 because of a provision in the measure that would repeal “the requirement that law-abiding citizens must obtain permission from their local sheriff before acquiring a handgun.”

It is sad that sheriffs — the counties’ highest elected constitutional officers — would stand between North Carolinians and their natural right to keep and bear arms, especially when that stance places the lawmen in direct defiance of if not the letter then the spirit of the Second Amendment to the Constitution.