Confederate flags spotted outside the US 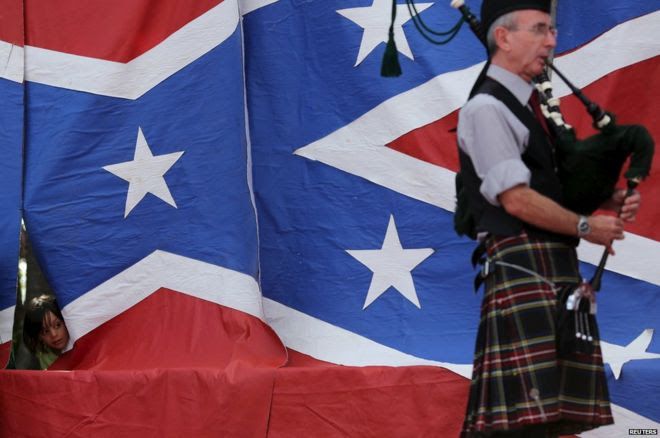 A backlash against the Confederate flag in the US has gathered pace, with its removal from state properties and off the shelves of retailers. But it is also seen flying in other parts of the world.

To its opponents, the battle flag used by Southern states in the American Civil War is a symbol of slavery but to its supporters it is part of southern heritage.

It is also seen outside the US. In the rural Brazilian town of Santa Barbara D'Oeste, descendants of Confederates that fled to Brazil hold an annual reunion at which the flag plays a central part.

Readers have been getting in touch to say where else they have seen it displayed.