Gun-free zones that never are: They only attract nuts and crazies determined to do evil 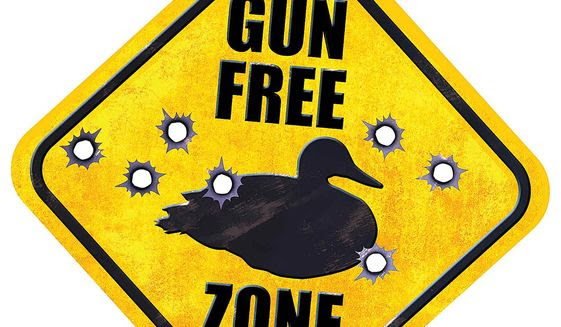 In the land of the blind, as the saying goes, the one-eyed man is king, and in the land of the disarmed the man with a gun is king. America is once more observing what passes for national mourning over the grim work of a nut acting out some sort of bizarre theory about the collapse of society by randomly shooting people.