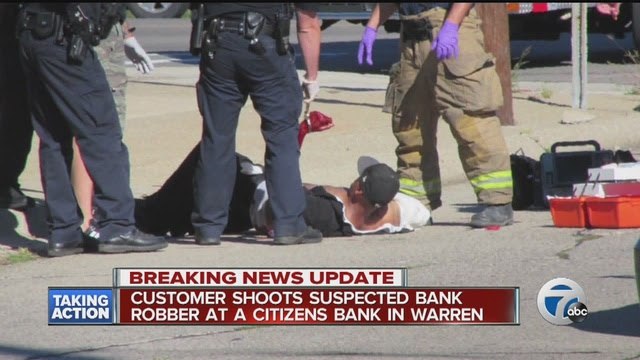 A man who was robbing a Citizens Bank near 9 Mile and Van Dyke roads on Monday was shot by a customer at the bank.

Police found two guns at the scene. The bank is at the corner of Van Dyke Road and Timken Avenue, which is a few blocks north of 9 Mile Road.

The robber initially fled the bank on foot but was found lying on the ground bleeding. He was taken to the hospital with a gunshot wound.


No other injuries have been reported.

Local 4 has learned the robber walked into the bank and announced a hold-up. He received money from a teller and then pointed the gun at the customer, who shot him. He shot him in both arms and the leg.