The Rise of Islam in Our Children’s Minds – Is This the Destruction of America? 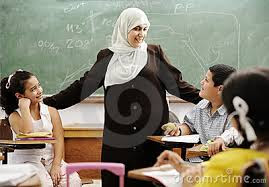 A friend sent a copy to me of the current assignment in Social Studies for her Seventh Grade son. Since the truancy people have threatened her if he doesn’t go to school, he has simply been instructed to face the back of the classroom and ignore the instruction.

However, that solution is problematic, and what we are seeing is a program of enforced indoctrination.

Hitler arranged the educational system to propagandize the Nazi philosophy, and dwell on certain aspects of the German culture. He did not instill a foreign culture into the minds of the children. What country would even consider doing such?

So, before we look into just what is currently being studied, let’s think a bit about the near future. The students who have taught very little of our own history, but have been indoctrinated (I can’t think of a better word) in Spanish settlement of California, and Islam’s role in the world, including how badly the White Europeans treated them, will leave them with a foundation of culture that excludes that which they were born into, believing that their roots are from a Spanish and Muslim heritage.