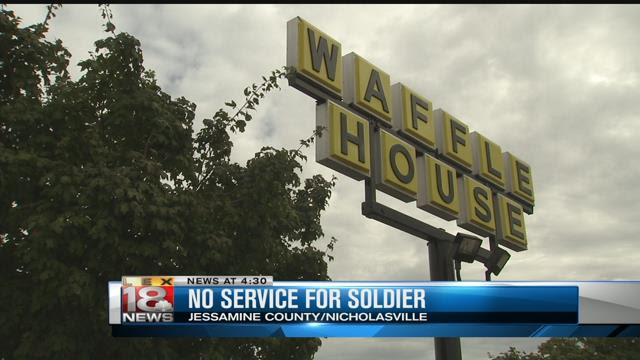 Over the weekend, a soldier with the National Guard was told to leave his gun outside of the Nicholasville Waffle House or he wouldn’t be served. The situation is now getting national attention.

Billy Welch said that he stopped at the Waffle House Sunday morning for breakfast. He was in his Army National Guard uniform and had his gun holstered to his side. After ordering his food, Welch said that a waitress signaled for him to come over.

"I got up and I walked over to them, asked them how they were doing and stuff, and they said I'd have to take my firearm outside,” said Welch. "I don't feel comfortable taking my firearm away from me. I always keep it with me and they said, ‘it's one of our policies.’"