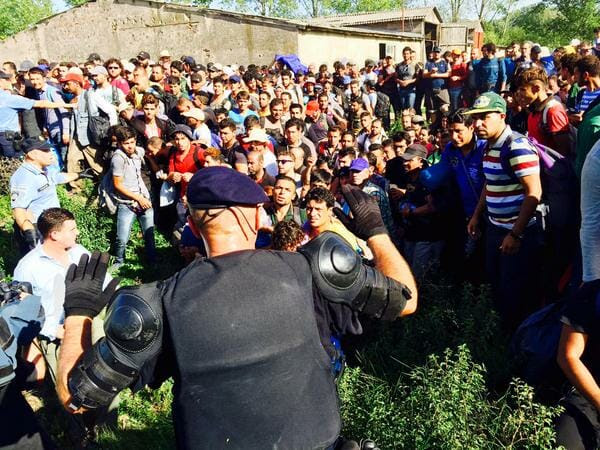 The Muslim Invasion of Europe of 2015 turned deadly on October 15 as a mob of over forty men, all or mostly from Afghanistan, engaged in a gun battle with Bulgarian police as the men tried to enter Bulgaria from the border with Turkey, leaving one invader killed and forty-eight arrested.

An excerpt from a report from Bulgaria’s 24chasa.bg translated by Google (h/t John Schindler):