Jindal signs an EO directing state agencies to "utilize all lawful means to prevent the resettlement of Syrian refugees."

Via comment by Sioux on The cattleized West, and the first line of defense... 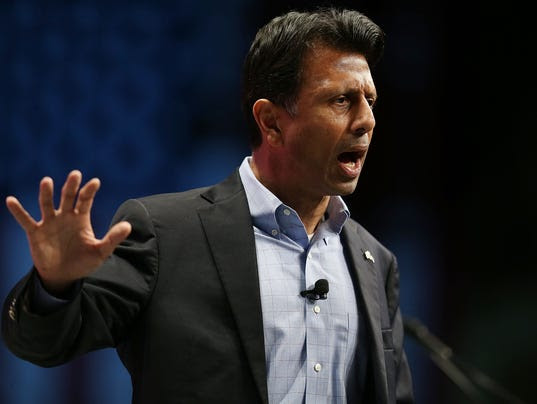 State governments often play a small role in helping to resettle refugees. But despite protests from more than a dozen Republican governors who want to close their states to Syrian refugees, those governors probably have little power to stop them from coming, legal scholars say.

"The one thing I feel very comfortable saying is there is absolutely no constitutional power for a state to exclude anyone from its territories," said Stephen Legomsky, a Washington University of St. Louis law professor and former chief counsel of U.S. Citizenship and Immigration Services in the Obama administration.

A growing number of Republican governors have protested the resettlement of Syrian refugees since the terrorist attacks in Paris last Friday. At least one of the Paris attackers was carrying a Syrian passport — but French officials said Saturday that the passport was a fake.

Still, the Paris attacks have reopened the debate over the Obama administration's decision in September to accept 10,000 Syrian refugees over the next year.

The Republican governors have taken a range of approaches to the issue, but none has explained how they would legally keep Syrian refugees out. Whether states have to actively cooperate those those resettlements is another question, and that's where many of the governors are trying to exert leverage.