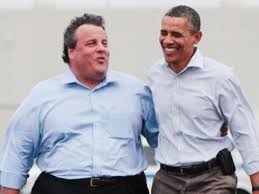 In fact, it shouldn't enter their minds,  He ain't, so forget it.

“If you’re in favor of World War III, you have your candidate.”

So said Rand Paul, looking directly at Gov. Chris Christie, who had just responded to a question from CNN’s Wolf Blitzer as to whether he would shoot down a Russian plane that violated his no-fly zone in Syria.

“Not only would I be prepared to do it, I would do it,” blurted Christie: “I would talk to Vladimir Putin … I’d say to him, ‘Listen, Mr. President, there’s a no-fly zone in Syria; you fly in, it applies to you.’ (Obviously oblivious to the repercussions which could very well result in his death and countless others, but to think otherwise depends, on one having  brain.)